It’s been three years since Squidoo ran aground and our lenses were transferred to HubPages. While I don’t miss the frequent rearranging of deck chairs that SquidHQ required of lensmasters in its last two years, I do miss the revenue and freedom to publish curated lists.

My annual earnings on HubPages have been less than what my typical monthly earnings were on Squidoo, even in its final months. This is mainly because my hubs don’t get anywhere near the amount of traffic they did as lenses and HubPages tightly limits the number of Amazon and other affiliate links.

To make matters worse, you never know when editing a hub will cause that hub to become unfeatured (meaning it won’t be crawled by search engines or featured on other hubs). That’s because editing a hub sends it through the arbitrary quality assurance process where it may get dinged because of a new interpretation of what makes a quality hub, even if it’s been featured for over three years with no issues. This can effectively discourage authors from maintaining their hubs by fixing broken links, adding content, etc…the opposite of what HP staff should want.

So I’m finally doing what a lot of other former lensmasters had been recommending, moving some of my content to my own sites. Not all, only those pages which don’t fit HubPages’ rules, particularly on number of Amazon links, or content that can justify and support being on its own site. Particularly content that I want freedom to format and update how I want without wondering if an edit will cause it to lose featured status.

My first launch of redeployed lenses is the Lost Books List featuring much of the content from my lenses on the TV show Lost. Being a book list, the pages had more shopping links than HP permits and had been unfeatured for a while. I’m a fan of the show that enjoyed watching for new books and researching them for the list so I wanted this to have a new home.

Many of my other hubs will remain on HP. The hubs that are on HP’s niche sites generally do a little better than those on the main site. I may even add new ones there since HP is still a platform to publish stand alone articles on a topic and I tend to get writing ideas on a variety of subjects.

I’m moving another group of lenses/hubs to a new site of my own that I expect to announce soon. And I have a few ideas for other moves.

Unfortunately, several of my hubs will be left to rot in unfeatured or unpublished status. They don’t fit HP’s model and aren’t worth the effort of moving to a stand alone single topic site.

My new course is set and the journey continues… Most people want a job. Getting a job requires doing well in the interview. To land a programming or software engineering job, you better be prepared for that interview.

Interviews for programming jobs focus on your understanding of languages, concepts and how to use them effectively. You’ll also be expected to talk about how you solved technical problems in prior projects.

The book lists are comprehensive, covering Java and software design concepts that are applicable to most languages. Each recommended book has a detailed description of why it’s recommended and for what purpose.

If this is your first programming interview, the list of example questions will open your eyes to the level of technical questions you can expect. I’ve been on both sides of the table in programming job interviews during my career and like this list.

While the guide focuses on preparing someone new to Java for an interview, there’s good info for long time programmers as well.

The best way to be prepared for any type of interview is to do. Work on your skills every day. There are many good lenses on Squidoo. When reading them, I look for the unique and good elements of the lens. Yet I’m often tempted to think about what I might do differently if it was my lens.

Not with this month’s catch. My Favorite Quotes by JRR Tolkien is the best lens I’ve discovered on Squidoo in many moons.

Lensmaster Greekgeek has crafted a personal tribute to one of her favorite authors, JRR Tolkien, focusing on Tolkien’s quotes. She explores the meaning behind each quote and how it relates to her (I loved the English teacher story).

The lens seems so simple but is very powerful. Greekgeek’s elegant use of language in her descriptions and the way she weaves a consistent flow through the intro, module titles, sub-titles and body are a lesson in good writing and lens crafting. She keeps everything focused. There’s nothing to distract the reader from the purpose of the lens. Best of all, the content is interesting.

I found this gem while reading Greekgeek’s blog post on using CSS with Squidoo’s new responsive design. She used it as an example of using CSS smartly to serve a functional purpose. In this case, for highlighting Tolkien’s quotes.

Enjoy, learn and have a Happy New Year! 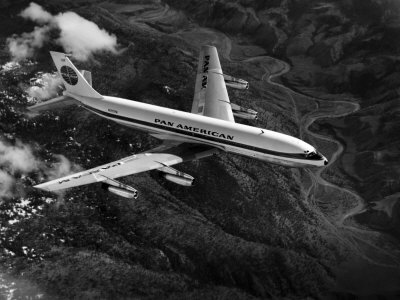